On this journey, if there's one thing I can count on at every rest stop, campsite or walk with Donner, it's people admiring or commenting about him. Here's his story.


After my beloved, 14-year old German shepherd, Erde, died in October 2015, I decided to wait a few months before I brought a new dog into my life, probably another German shepherd, my sixth.


Early one Friday morning, three weeks after Erde died, as I was preparing to leave for the train from Washington, D.C., for a few days of plays and operas in New York City, I anxiously looked at my Facebook page to find out the fate of a hapless German shepherd named Thunder, a four-year old unneutered male who had been surrendered to a high-kill shelter four days earlier. His sad face and story had caught me in the gut. He was 25 pounds underweight, had been an outside dog through several owners his entire four years, chained alone in back yards, was never obedience-, house- or leash- trained, and was sick, the reasons why he had not been adopted, and probably stood little chance of being so.  His time in the crowded shelter was up that night.


After watching part of Thunder’s Facebook video, tears welled up in my eyes. I looked at the tickets I held in my hand for the shows in New York and asked myself, how can I possibly go to New York to enjoy myself knowing that this dog might be dead tonight?  I answered my question quickly -   I could not. I tossed the tickets for New York aside, got a ride to the airport, and bought a one-way ticket to Los Angeles, 3000 miles away. In L.A., I rented a van and headed straight for Thunder's shelter, not knowing what I would find there.


Thirty minutes after I arrived at the shelter, a few hours before his time was supposed to be up, Thunder, renamed Donner, which means “thunder” in German, was on his way to not only a new name, but a new life.  So was I.


After hanging out in Los Angeles for several days, training and bonding with Donner, and having him treated by a vet so we could fly home (although I was prepared to drive the 3000 miles if we had to), we arrived back in D.C.  I quickly discovered that Donner had no idea what a ball was for, or what to do with a treat. His first meal at home, he backed away from the bowl of good dog food I put out for him, looking up at me in fright as if saying, this could not possibly be for me. When I took him swimming for the first time, he hadn't a clue how to get into the water or what to do once in, but his instincts kicked in quickly.  When he got his first glance at a TV set, he was bewildered, but then when some animals appeared on the screen, he ran into the room behind the TV set to find them or tried to leap up on the table in front of the TV to get to them. Now, he looks forward to all those things and more, as if saying to himself, I am a good dog; I deserve this.


Nursing Donner back to good health to rid him of his respiratory infection was not an easy chore, but one I welcomed and nowhere near the tasks I faced each day managing two paralyzed, wheel-chair bound German shepherds in the past, Sonntag from 1998-2001 and Leben from 2012-2014.  In addition to the medications, I installed a powerful humidifier in my bedroom and sat with him three times a day for 30 minutes each in my bathroom, which I converted into a eucalyptus-drenched steam room. On top of that, it was discovered that he had an allergy, probably for his whole life, that caused him to itch all over.  Within weeks, both of these inflictions were completely eliminated or brought under control.


Months later, Donner, fully recovered from his serious respiratory infection, neutered, well-trained, and 25 pounds heavier, embarked with me on a 117-day 16,000-mile road camping trip from D.C. to the edge of Labrador, across all of Canada to the Arctic in Alaska and Denali National Park, down through the Yukon and the West Coast to Yosemite National Park, and then home again.  Every day on that trip I imagined that the one thought always on his mind was, this sure beats being chained in that Los Angeles back yard.  Or maybe it was, I am a good dog, I deserve this.


Donner most certainly is a good dog, and he does deserve these things, and much more, as do all the dogs nervously pacing in animal shelters waiting to be rescued.


I have gotten joy from all my dogs.  But the extra joy I get each and every day from adopting a rescued dog is something I never imagined.

You can watch the Facebook video about then-Thunder, now Donner that tugged at my heart strings and made me toss away my tickets for some New York shows and fly 3000 miles on the spur of the moment to rescue him (click here) .


Bottom: Thunder, later renamed Donner, with me just two minutes after I rescued him. What a happy dog he was, we both were. 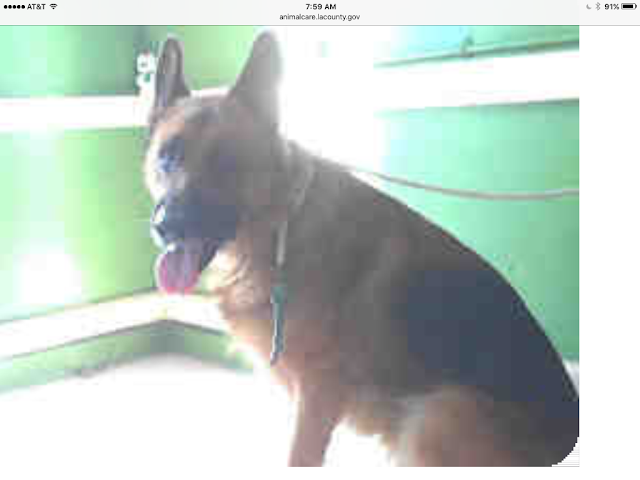 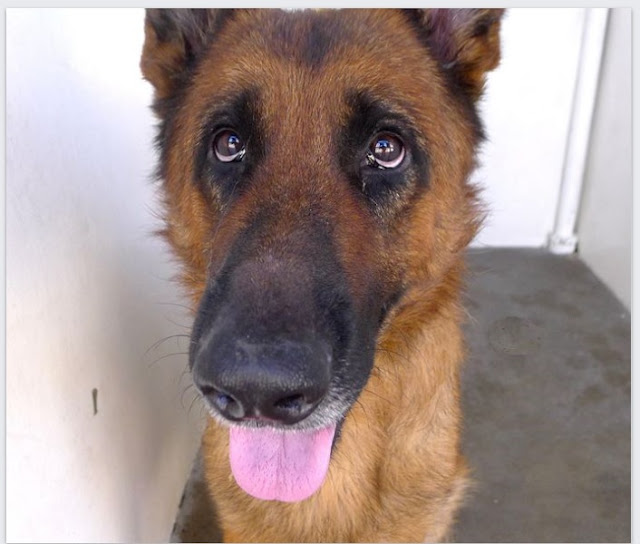 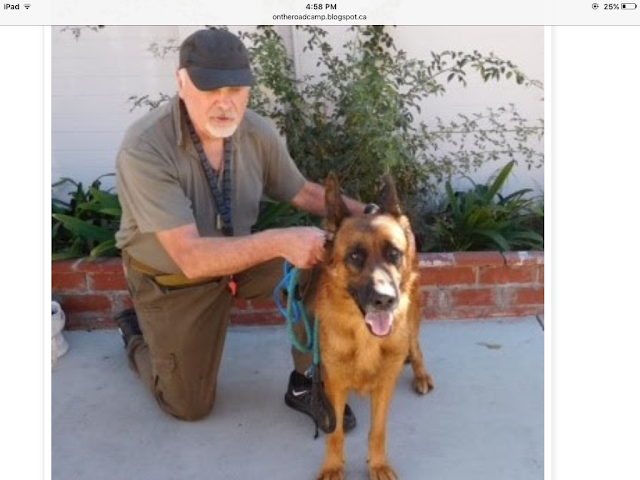 What a wonderful story! So happy for Donner and you! Many Blessings and Adventures!

Donner on the road

A sleeping dog is a good dog

Then-Thunder in shelter before I rescued him. See ABOUT DONNER button above.